It is known as the "Wonder of the Western World" and is located in a bay that has the highest tide in Europe and second highest in the world. 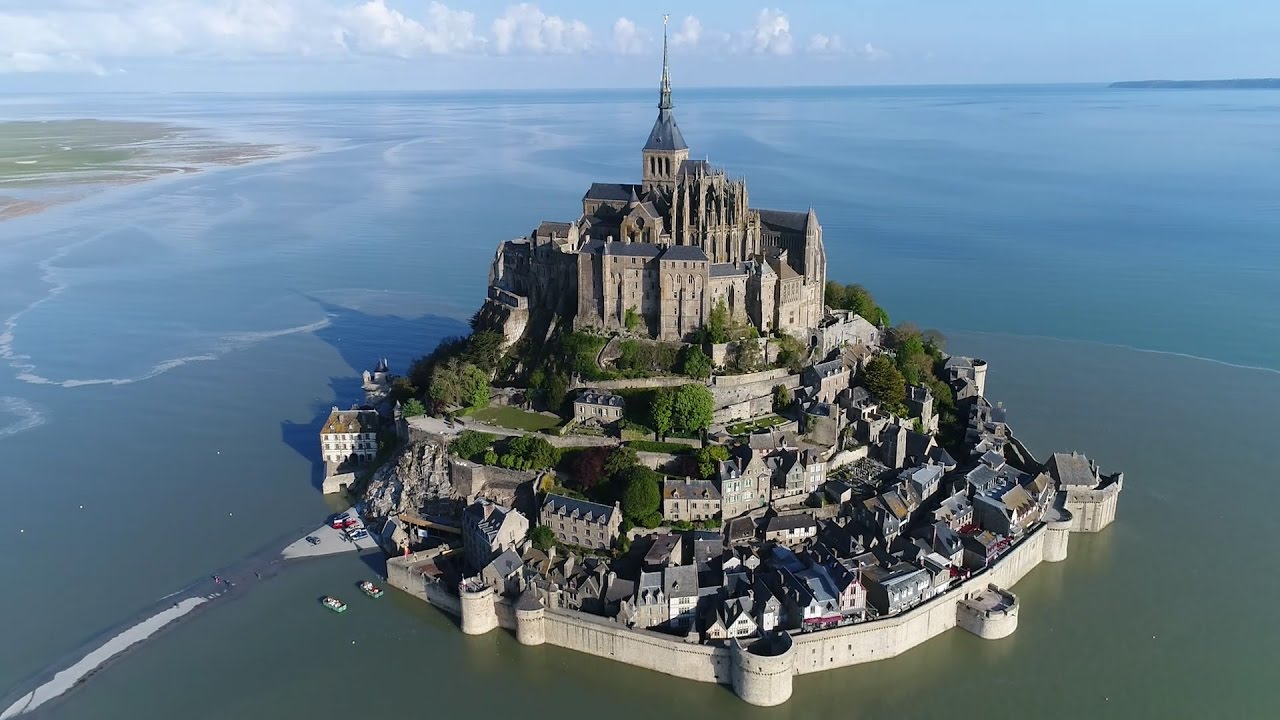 Built by the Bishop of Avranches, Aubert, at the request of Archangel Michael, the first small church was built in 709. In 966 a community of Benedictine Monks settled there at the request of Richard the First, third Duke of Normandy and the pre-romanesque church was built in the Xth century. In the XIth century the Romanesque Abbey church was first erected over crypts. In the following centuries it went under many changes, constructions and reconstructions, replacements, etc. Turned into a prison following the French Revolution, it was restored in the XIXth century.

Monks and Nuns from the Order of Jerusalem now bring it again a new spiritual presence since 2001.

The Mont Saint Michel is a village, that grew up in the Middle Ages. It has always been the center of business activities even then, as it still is today, albeit of slightly different nature as in the Middle Ages, but catering to tourists as it used to cater to pilgrims. As it is a village, it doesn't "open" or "close", it is like any other village in France. However the Abbey is a monument that has visiting hours, although you can go to the Mont Saint Michel at any time.

It will be a pleasure for me to escort you there, and help you understand this magnificent site.